How to stay on budget, on time and actually get people to use the software!

Are you thinking about developing a custom piece of software? Where do you start? Will it ever finish? What will it look like when it is done?

The story we hear all the time from companies who have gone down the software development path is that it ran over budget, took six months too long and then, when it came about, it was like trying to feed a child cod liver oil to get them to embrace it!

Sadly, this story covers the majority not the minority of projects.

As a business recognises a clear problem or roadblock in their business that could be solved by a piece of custom or licensable software, they go through tried and true processes that seem to give the same result.

In this article, I want to:

Some of these tips are not rocket science; others may alter your perspective (which is a good thing). You may even notice that you already know some. As a developer, I do like order so I have broken them down into smaller digestible chunks below. 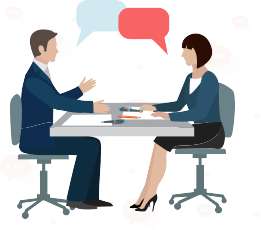 Start with conversations, not instructions.

‘New Software Roll Out: June 17, computers will be down for two hours’ the subject line reads. James read as he got into work on Monday.

He was first hearing about a new piece of technology that was supposed to make his life better… for the first time.

As he read, scepticism came over him. This was the third rollout of software in the last year and the last two had been disasters. He felt that he and his colleagues were being spoken to like children in a dictatorship.

Now you may feel my words are harsh or they do not apply to you. But they do. When trying to do something helpful for a business, it is easy to forget about the people at the bottom. The ones that actually will be using the tool.

You think that a little bit of user acceptance testing here and there covers this off…. However, it does not.

Software these days is a way of life, something that makes or breaks your work life. It can make staff more productive or send them into a spiral of confusion.

Companies I have seen doing software well, know that it is important to bring staff in at the Why stage.

Explain early what you want to achieve, ask for feedback before you even write the development brief.

Getting staff involved early on means that, when the software is launched, they feel like they were part of the development and the introduction. They put their money on the table and buy in.

It does not have to be hard. It involves a few internal communication emails, a feedback survey and actually responding to them.

Speaking with a software project manager they said ‘I love developing software’ but when it comes to getting people to use it, it is like pulling hen’s teeth. People are naturally averse to change. When change is thrown on them and demanded, they rebel. Getting the involvement stage wrong can lead to expensive projects being thrown away.

So what can you do differently? What are you going to commit to on your next project?

Whether you are a team of five or a hundred forget the little guy at your own peril. 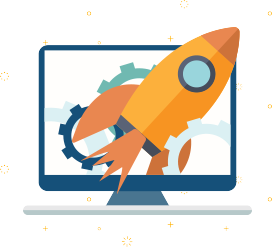 Software is a journey, not an end goal.

You would have heard a similar thing about websites. How Google likes to see ‘living websites’ not static pages. It loves blog posts, new information and the journey of your website.

The same is true in software. In the early years in Auckland, developers would sit down with a client, write a 40-page brief document covering every risk, problem and pain, and then sit down for a month and start developing.

Every minor adjustment would be out of scope. You would get another invoice and the timeline would get pushed.

By the time the project actually rolled out, it may have even been obsolete or in need of more work to get it useable. It was frustrating.

Currently, the idea of an agile process has really come on.

Especially for smaller companies in the sub-hundred staff sector.

Here is the way we do it. You will be able to take what you want to use in your software process. 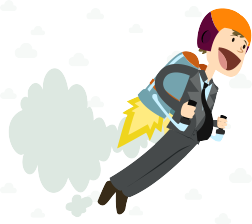 Now I could write about this all day long. However, I do not want to bore you too much! Let’s finish off with a case study.

A client of ours came to us with a muddle of spreadsheets, forms and documents. They had been getting by for years on them in various forms. Then they realised that it was getting harder and harder the busier they got.

They were in the in-store tasting business – helping take great food and drink brands and getting them into the mouths of consumers in supermarkets (and the like).

The key users were clients (the product owners), admin (the ones keeping the machine moving) and staff (the people who did the tastings).

We sat down and did a whiteboard session on what this system could look like. The big 5-year vision, all the way down to individual features that it could have. It was a long list.

We then took it a step back and asked what would be the first step that could make a measurable difference.

They had one key spreadsheet that each client had that ran a big chunk of the business.

We mapped it out on what it would look like, what each user type would see and made the call that this was stage one of the custom software development.

We picked a piece of software that would create a flexible and scalable system and we were off.

Loading all the stages into our project management system, being clear on the key features and allowing for live feedback from our client was key.

Within six weeks the first stage was live and being tested by the team (which had been part of the development from the start). They loved it!

What a game changer even at this stage.

Were there bugs? Always.

Could things be better? No doubt.

Had new features been dreamed up? You bet.

We had a workable solution able to be tested live. For the next three months, we used the monthly budget to make improvements, refinements and additions.

Every week the system improved. It was a fun experience, which did not break the bank and was delivered on time to the expectations set at the beginning.

That is how software should be in our opinion.

I hope this has given you some insight into how to start developing your own business software. When working it will save you hours, add a tangible asset to your company and make your staff smile.

Is your website not living up to the dream?

You’re not alone. But if you don’t change anything – nothing will change.
If you have even the slightest interest in improving – lock in a 15-Minute
clarity call with Stephen to see how we can help.

Getting your Messaging Right

Have you ever visited a website, read the text and checked out the images but realized you have no idea what the company actually does? Is your website clearly explaining the business value? It’s a common mistake to believe your visitors see your website the way you...
Visit Post

Why Visitors Leave Your Website & How You Can Fix It

Nowadays, people can make snap judgments. Did you know it takes only seconds to form a first impression of a person? Websites are no different. According to a Google research, it only takes about 50 milliseconds - that’s 0.05 seconds - for visitors to form an opinion...
Visit Post

During tough economic times, does your business invest more in innovation? What comes out from challenging times is innovation. Many businesses are now tapping into the power of online software systems to improve their productivity and achieve desired outcomes....
Visit Post

Having been in the software development field for a while now. It is important to train both our clients and potential clients…

8 Tips To Generate Leads From Your Email Signature

Do you feel like you send 100’s of emails each day? What if those emails could also generate you new leads?  Emails are one of the most effective ways of marketing and your email signature can be a very easy way to generate leads and make sales. It is more than just...
Visit Post

>> Click Here To Get A Free Trial In the new year, we will be doing a full blog post on the benefits of GetTimely. We get the question of should I build my booking system into my website or not. Our answer is no. Websites should link to your system, but not be...
Visit Post

As world leaders return home from an intense fortnight at COP26 (The United Nations Climate Change Conference) in Glasgow, I’m inspired to consider how I can make a difference to the planet. We’ve been told in no uncertain terms that the next nine years are our final...
Visit Post

Have you ever sat in traffic thinking that’s another hour of my life gone? For what? With technology video conferencing is easier than ever.

How to pick a CRM

‘You need a CRM. All good businesses have one’ So you are told. The first thing you do is going to Google, search for ‘Business CRM’ and you get over 25 million results.

Did you know that Facebook Messenger is expected to grow to 2.4 billion users by 2021? You can now integrate your Messenger experience directly into your website. The Messenger Customer Chat plugin allows you to have a live conversation with your site visitors. This...
Visit Post